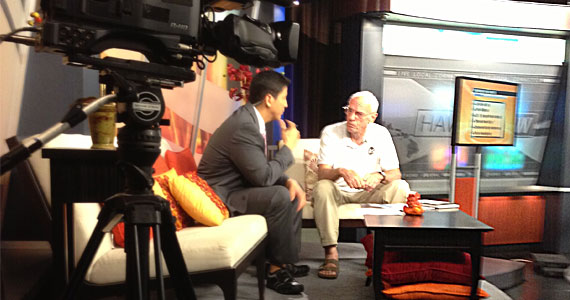 That?s the question that I found myself trying to answer last week in Hawaii. The ?strange people? were, of course, Micronesians who have moved to Hawaii over the past years. They include 8,000 FSM citizens, another 3,000 or 4,000 Marshallese and hundreds of Palauans.

The East-West Center generously paid my way to Hawaii and set up a number of interviews, talks and radio and TV appearances during the week. Most of the events highlighted two recent publications of mine: Making Sense of Micronesia, the book published by University of Hawaii Press, and Micronesians on the Move: Eastward and Upward Bound, a monograph that EWC is releasing in a week or two. The first is on my struggle to understand island custom, and the other is on the migration of FSM people over the years.

The week began with a presentation at East-West Center on ?Dilemmas in Development??how conventional wisdom from the West conflicts with island values and practices. The four dilemmas chosen for the talk were these:

The other activities that week included an appearance on an early morning TV show (my three minutes of fame), two half-hour interviews with Jojo Peter for telecast on his public TV series,?an interview with Chad Blair of Civil Beat that resulted in two on-line articles, an interview for an article in the Honolulu Star Advertiser, a Hawaii Public Radio interview on ?Conversations,? and an interview for another HPR program that will be aired soon. I don?t expect to be receiving any media awards for this, but those of you interested can check it out yourself by clicking on the links below.

Then there were the separate meetings with social service workers, Catholic Charities personnel, representatives from the education department, and some of the Attorney General?s staff. In all, it was a very full week but a rewarding one. I was grateful for the chance to represent the island people who have taught me so much.

Many of the people I talked to were concerned about the newest wave of immigrants into a state that prides itself on its ethnic diversity. How large was in the inflow? Would it increase in the future? How should they deal with the Micronesians crowding the shelters? We agreed that homelessness due to the shortage of affordable housing was a serious problem. Another was the pressure on the medical system by migrants needing dialysis and cancer treatment.

Then, too, people wanted to know how to deal with the strange ways of these newcomers. I could share with them what I’ve learned in the course of my lifelong struggle to understand island ways, of course. For this they were grateful, because many of them want to learn more about the people they are asked to serve. After all, they are teachers of migrants, health care deliverers, social workers, and so much more.

In the end, I suppose my message was simple: those people who have descended on the state and who seem to act in such weird ways are not strangers after all. When we begin to peel back some of the exotic customs, we find that they are really very much like us?our brothers and sisters. Besides, who among us hasn’t washed up on a different shore as strangers at one time or another?? Once people realize this, it?s much easier to live up to the reputation Hawaii (and the rest of the US) has earned as a place that has welcomed ?strange people? for decades now.

(HawaiiNewsNow) – Father Francis X. Hezel — a Catholic priest who has lived in Micronesia for many years who wrote several books on the region — is set to release his latest book next week. He joins us to give us a preview of his book — “Making Sense of Micronesia” from the University of Hawaii Press — as well as more details on some of the latest studies of Micronesians who migrated to Hawaii.

No player ID in shortcode so cannot get options from wordpress database, neither mp3 song path defined in shortcode. Cannot create player with no data.

Francis Hezel left his native New York and went to Micronesia to teach in 1963. Six years later, he was ordained as a Jesuit ?priest, and in 1972, he was appointed director of the Micronesian Seminar, a church-sponsored research institute. ?His most recent book, Making Sense of Micronesia, is published by the University of Hawai?i Press.

Fifty years ago, when Jesuit priest Francis X. Hezel arrived in Chuuk to teach at Xavier High School, the native New Yorker knew little of island life – not even the fact that bananas grow upside down, as he puts it. Since then Hezel has lived in the Federated States of Micronesia and become an authority on the area, working as a high school principal, founder and director of the Micronesian Seminar and prolific author. His latest book, Making Sense of Micronesia, just published by the University of Hawaii Press, aims to help Americans decode Micronesian customs and attitudes as more migrants make their way to Hawaii and the mainland. Written for people unfamiliar with Micronesia, it lays out vignettes of cultural collisions, then analyzes their roots and the logic behind them…read more…

Civil Beat has reported extensively on the struggles of Micronesians in Hawaii. Most recently, a Community Voices column by Litha Joel Jorju, For Marshallese, Hawaii Is The Only Home We Have Left, went viral. A founding member of the Maui Marshallese Women’s Club, Jorju wrote, “I hear people say sometimes, ‘Why are there so many of them here? Why do they dress like that? Why don’t they just go home?’ Many of us have no home left, so we are doing the best we can.” The reasons that Micronesians have little choice about where to live is complicated. It is also serious, as marked by growing reports of tensions with other groups in the islands and the burden placed on the state’s health services…read more…

What Should Hawaii Do For Micronesians?
Chad Blair, Civil Beat, July 22, 2013

Editor’s Note: This is the second of two stories on new publications about Micronesians authored by Father Francis X. Hezel, a Catholic priest with extensive experience in Micronesia. Read the first story, Helping Hawaii Make Sense of Micronesia. Civil Beat interviewed Hezel about his work and his views on what Hawaii and the United States can ? and should ? do for Micronesians, and why. Civil Beat: You have both a book, Making Sense of Micronesia, and a report, Micronesians on the Move: Eastward and Upward Bound, published in the same year. Why do this now, and why simultaneously?…read more… 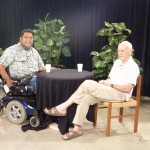 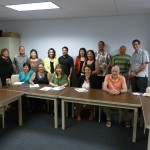 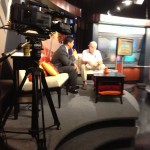