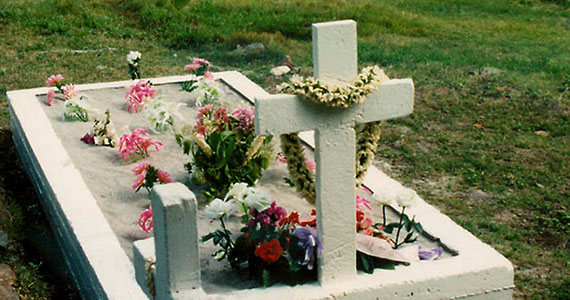 An island grave. (Not mine.)

Before the Angels Come to Take Me Away

Let me first assure you that I have no plans for an early death… the title was meant to be an attention-grabber. But even so, I?m 76 years old and the clock is winding down. So let me share with you a few of my own dreams that I hope may become a reality before the angels come to take me away.

While at MicSem, we completed a video series on the history of Micronesia?five parts, seven hours in all?that you probably have had to watch more times than you ever wanted since it still gets lots of playing time on the local TV channels.

But there is another history story to be told… about things that happened long before the events portrayed in that video series. What about the original settlement of the islands? What do we know about the first settlers and where they came from? How much contact did they have with one another after they settled onto these islands?

So, the dream is to take up these questions and present what we know in a new three-part series on an even earlier history of Micronesia. (I hope that my friends in HPO are listening to this, because they are the ones who made the first history series possible.)

Video #1: Settlement and development of the Marianas.

I even have a title for it: ?Before We Began Counting Years.? Also an outline. The video would use the archaeological data we possess to suggest a migration path for those who first came to the Marianas. We?d also try to show how latte stones and rice reached the island much later… just 1,000 years ago in a great cultural change. (Not all big changes were introduced by Westerners, after all.) That data pool is there, and the ideas. All we need now is the green light and, of course, the funding.

Video #2: Links between the islands in the east.

Wouldn?t it be nice to explore the early cultural ties between Kosrae, Pohnpei and Chuuk? Wouldn?t you think this might help strengthen the political ties today among the different cultural groups that make up our states? We know that islanders were fascinated with basaltic rock (this is what Nan Madol and the Lelu ruins are made from). We also know that they shared the same deities (Lukeilang and Olofat are just two examples). Many of the clan names are similar as we move from one island group to the next. How about exploring this in a video that could educate the people on their own history?

Video #3: Ties between Yap and Palau.

Everyone knows that the Yapese sailed to Palau to carve out their stone money from the limestone quarries there. But what about the other end of the exchange? What did Yapese provide for the Palauans in return? Two years ago I presented a talk on this linkage at a Yap Homecoming Day event. The relationship between these two places is fascinating. Isn?t it time we made this information available to the people of Yap and Palau?

Please note: I?m not suggesting that we present people with final answers on all these questions. But videos have a way of raising questions, so perhaps we could get them engaged in their own history so that they might carry on the discussion afterwards.

For some years now people have been tossing around the idea of a national museum in FSM. Palau has a very successful one in operation (which also collects photos and other important cultural and historical materials). The Marshalls had one, which unfortunately was shut down because of funding problems. It?s time that FSM got into the act?not simply to show off the culture to outsiders, but to solidify the cultural roots in island people themselves. 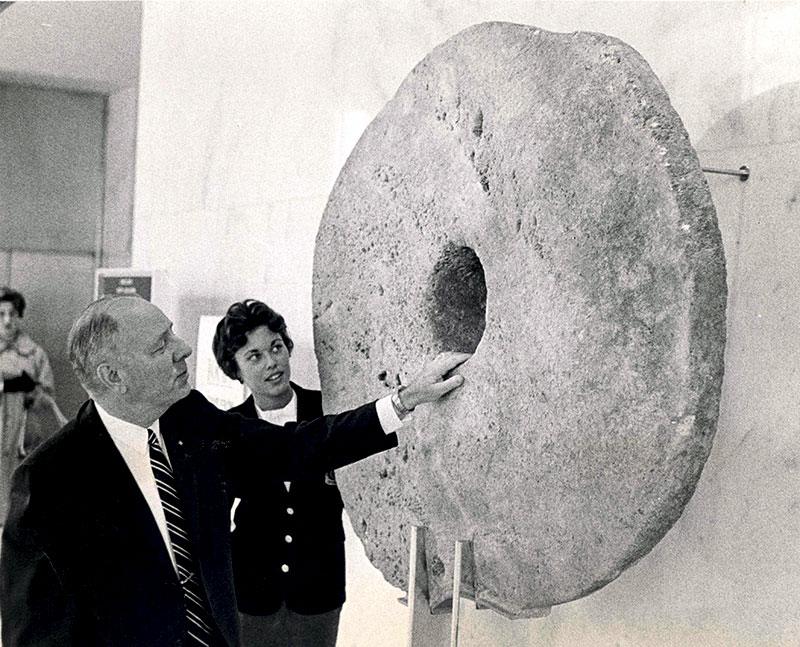 Yapese stone money at a museum in the United States. 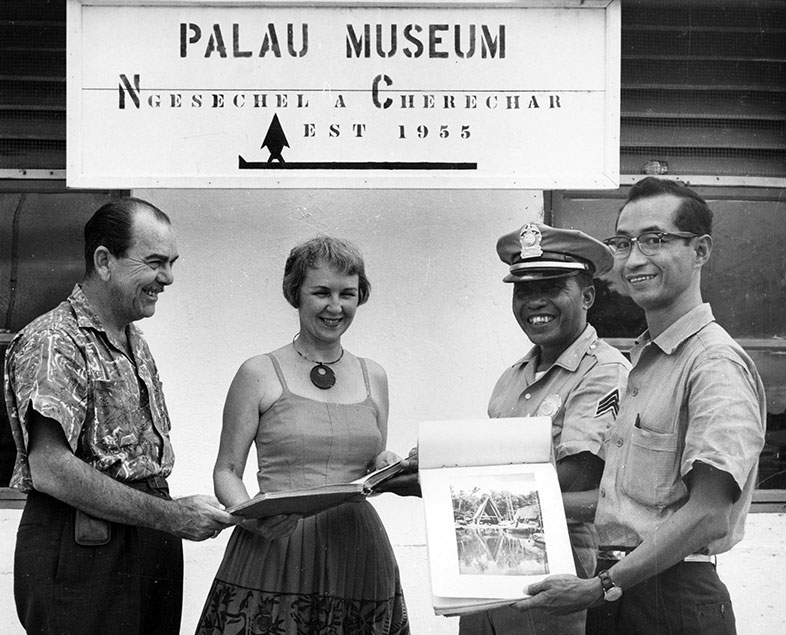 A Museum in Palau.

Where do we begin? Not by drawing up plans for a building and scrounging for funds to put it up, I tell any and all who will listen. How about starting by identifying the kinds of materials you want to put into such a museum and beginning the search for these objects? Should there be a separate collection on each of the cultural areas? Do you want to lump the Remataw people with the folks from mainland Yap? How big do you want to go? Should you haul in a traditional sailing canoe? What about a full-size Yapese mens house? If that sounds too ambitious, what about dioramas?those miniature scenes of village life that you see in many museums?

But there are other kinds of materials that are just as important?island music and historical photos that should be preserved. Not just preserved, but used in displays that might attract local people. Any museum worthy of the name in our day is not just a lifeless collection of old things, but something that rotates displays regularly to attract local people. What about slide shows on culture and history that change every month or so? How about the use of island music in the background? Why not even let people hear the changing island styles in music?

If you?re going to do that, then someone will need to be gathering a digital collection of videos, still photos and music from the outset. (I have a few ideas about where we might begin!)

So Don’t Let Me Down!

So, friends, don?t let me die disappointed. If you are in a position to push any buttons, ring any bells, or make any calls to get a part of this grand plan in motion, please do so. You?re not just helping an old guy realize his dreams, but you?re benefitting yourself and your children?and that?s much more important.