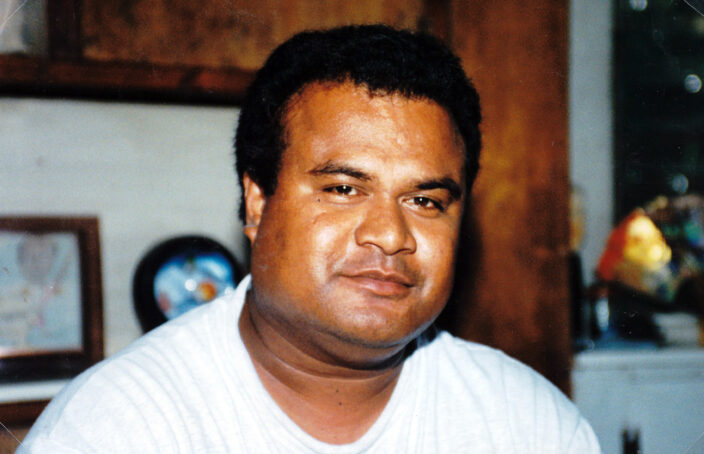 The photo of Juan that is unforgettable, at least for me, is the 1987 shot of him seated between his two fellow novices and their novice director, Fr. Felix Yaoch. in the rectory in Palau. They all have beaming smiles on their faces, as well they should. They were making history in an island group that had long been a mission served by other countries. Now Micronesia had its own Jesuit novitiate, its own Palauan novice master, and three island seminarians. It was a key event on the path toward the truly Micronesian church that we had all hoped for.

Juan entered the Society of Jesus 20 years after the death of Cypriano Moses, another Palauan brother and relative of his who had been buried in Chuuk. Juan once told me that he wanted to continue the work of his uncle as a Jesuit brother. He certainly did that–for more than 30 years in a remarkable ministry of service, first in Palau, and then in the Marshalls, the Philippines and Fiji. Everywhere he went, he brought his wide smile, his soft voice, and his warm manner. His personality was welcoming to all–an invitation to share with him anything and everything about yourself. This served him well during his long years as a counselor to high school students and a spiritual director for  seminarians.

Juan’s death on Saipan of a massive stroke came as a shock to all of us. He was a unifying figure in an age that badly needed it. He was the image of selflessness at a time when so many can’t seem to get beyond their own self-image. Why couldn’t he have remained with us as a model of service for many more years? He was only 57 when he passed away, just a year or two older than Wayne Tkel, a fellow Palauan Jesuit who died in 2019. He would have been about the same age as Apollo Thall when he left us several years ago. Perhaps there is something to the old saying that the good die young.

This has been a difficult week for church in Miconesia. Just two days before Juan’s death, we lost a young diocesan seminarian, Anthony Dolan, from pancreatitis. He would have been ordained in another two years time. I only knew him briefly for the few weeks he was here on Guam before his sudden death.

We can only pray that faithful stewards like Br. Juan inspire others to do what Br. Cypriano did for him, Continue the work that they have carried on so well during their all too short lives. 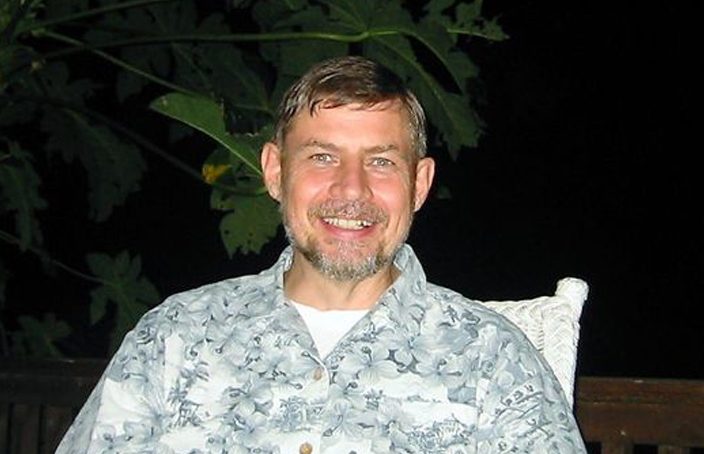 We were all shocked at the news that Bill Rakowicz, a long-time missionary in the islands, died on Dec 13 at the age of 73. He was working in a Jesuit retreat house in Maryland at the time.

END_OF_DOCUMENT_TOKEN_TO_BE_REPLACED 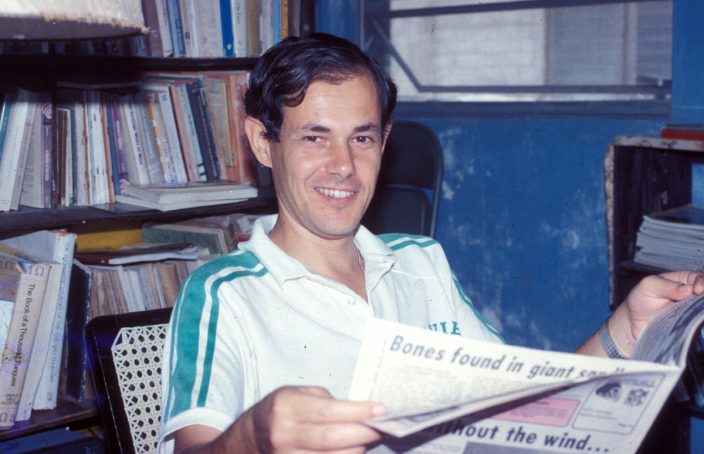 We had no way of knowing, when young Dave Andrus entered the Society in 1971, what a treasure he would be for our mission in Micronesia. Born in Louisiana, Dave would spend most of his Jesuit life in these islands. More than that, he would become, in his own quiet and unassuming way, the lifeblood of the Pohnpei church for three decades or more.

END_OF_DOCUMENT_TOKEN_TO_BE_REPLACED 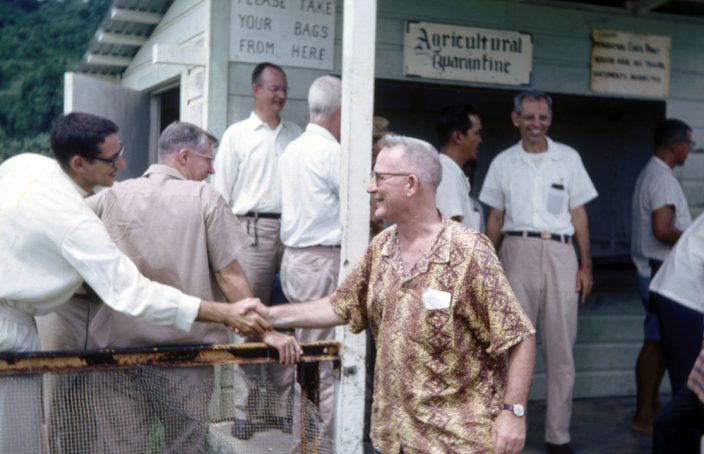 I knew there was something special about 2021, but I couldn’t put my finger on it. Then, just the other day, it came to me. This year–in fact, this month–marks one century of Jesuit work in Micronesia.

END_OF_DOCUMENT_TOKEN_TO_BE_REPLACED 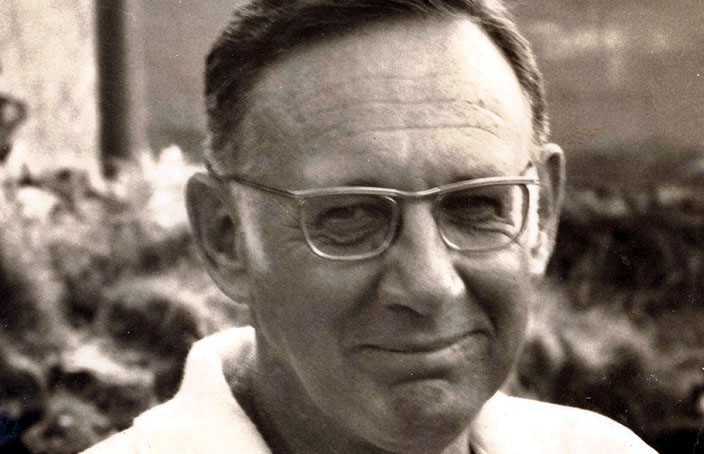 “Old soldiers never die; they just fade away.” Douglas McArthur used this saying to describe himself after his removal from the Korean War in the 1950s, but it could just as easily apply to Jack Curran. Jack did die, on January 4 this year, but only after a long decade of fading away due to his Alzheimer’s. He may not have intended it to happen that way, but Jack certainly made good on his promise to surrender to the Lord his “mind and memory” along with life and liberty. Not only that, but he did it with his characteristic good grace. His caretakers at Murray-Weigel loved him, people there say.

END_OF_DOCUMENT_TOKEN_TO_BE_REPLACED 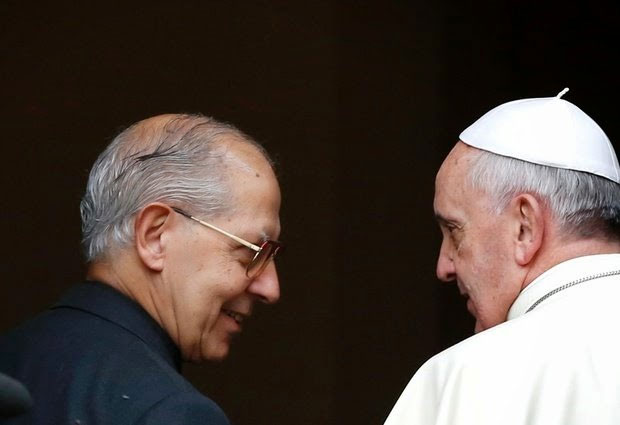 Everyone used to call him Nico, but I preferred using first names. So I asked him one day why his parents had named him Adolfo. He smiled as he reminded me that Spain was involved in a violent civil war when he was born, and that the leader of one of the nations strongest in its support of the “Catholic side” of the war was a guy by the name of Adolf.

Nico, Adolfo, or whatever you want to call him, was the provincial of Japan about the same time I was superior in Micronesia. That was how we became friends. At the weekly semi-annual meetings of the superiors in the assistancy, I came to know and like him more and more during our time together.

END_OF_DOCUMENT_TOKEN_TO_BE_REPLACED 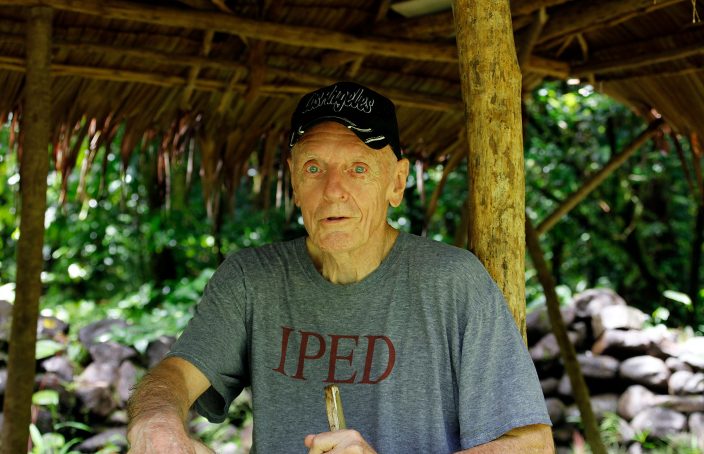 Last year sometime I had just finished a short talk at a Rotary Club meeting on the film we were making on the homeless people here on the island. (The film is finished but can’t be released until this lock down is ended.) One of the men raised his hand to ask a question. “You’ve lived a long life and have done a lot. Why don’t you just settle back and enjoy retirement?”

END_OF_DOCUMENT_TOKEN_TO_BE_REPLACED 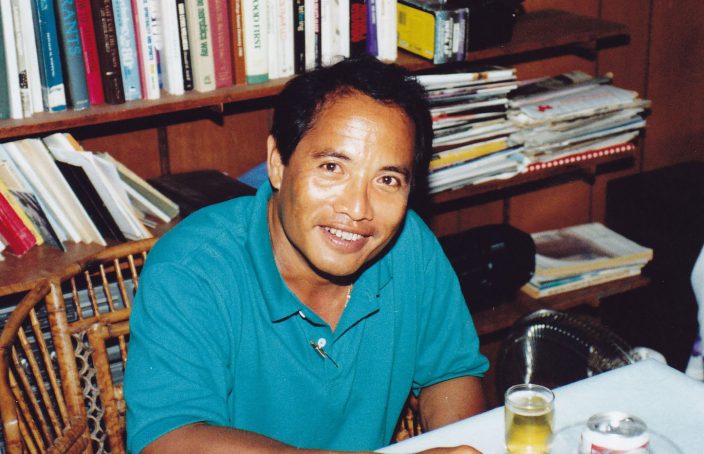 Attending Xavier High School in the early 1970s was John Hagileiram’s introduction to the wider world. For those of us who got to know this friendly young man with the mischievous twinkle in his eye, it was our only introduction to Eauripik–a tiny islet with a population of barely a hundred that made that rest of the Outer Islands of Yap look like downtown.